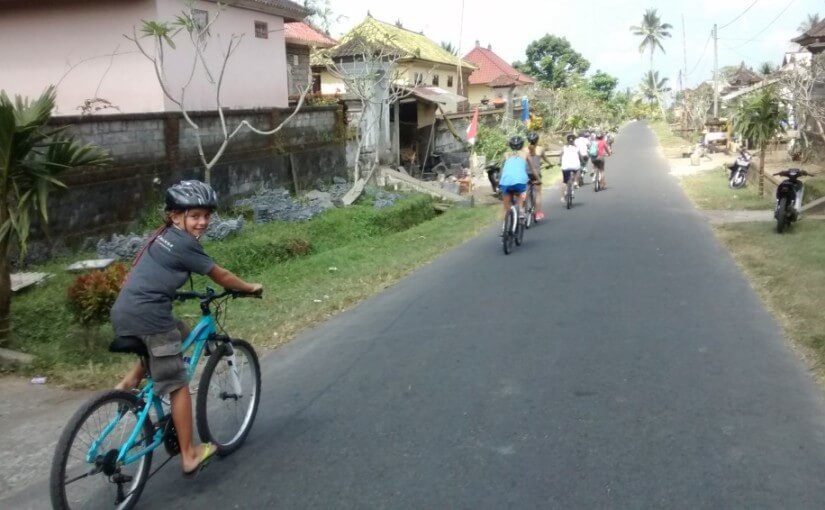 On Tuesday we went biking down the mountain, I’d been waiting all week to go but then my ear ache came back the night before and mum said she’d have to cancel it because instead we had to go to the doctors. But then she uncancelled it because we managed to go to the doctors really early like 7am and the doctor gave me some medicine and it felt better straight away. So we still went biking. And it was awesome!!!!! 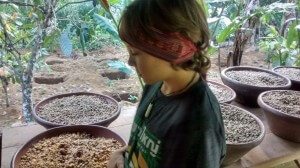 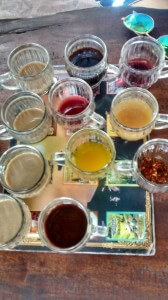 We started off going to a coffee plantation, and they gave us this big tray of all the different flavored teas and coffees there. And they were all pretty tasty. Mum didnt really want me to have coffee but I had to try it. I wanted to have a catpoochino but it cost a lot of money. Do you know why they call it that? Because it’s made from coffee beans that have gone thru the belly of a cat creature. 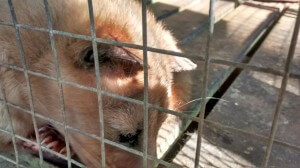 It was really furry and cute but it got kept in a cage which was kind of sad. They fed it coffee beans and then collected the poo’s afterwards. The little cat creature was nocturnal and looked more like a possum  than a  cat. Mum took a picture of this little guy and he was like, WOOOOOOOOOOW. So cute. 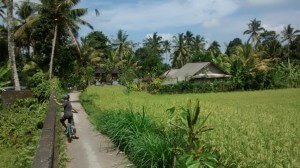 Afterwards we got set up on our bikes and started off downhill. My bike was tiny at first but then it got bigger. It was great! we hardly had to peddle at all, but then towards the end it was 3 kms up hill. What I didn’t like along the way was the guide literally didn’t stop talking. But what I did like was flying down these little roads with no hands and no traffic and seeing rice paddies and jungle going past.

At the end we had a huge big lunch and I ate 5 chicken satay sticks (but I could have eaten heaps more) except mum made me eat vegetables and noodles as well.

When we came home I just felt like lying down so we watched the Big hero 6 movie. I reckon it’s a cool movie, and I’d like to get some micro bots into this world so we could do cool things with them. If you don’t know what I’m talking about then go and watch the movie.

Also when I was in Caangu my friend Cashey showed me this app called Dubsmash. This is what it’s like. We’ll try to upload it here so you can see it because its really funny.

Lukoia Coffey biking and swimming and making new friend and missing my old friends and travelling the world with my family. Over and out. YEAH

One thought on “Biking down mountains in Bali”