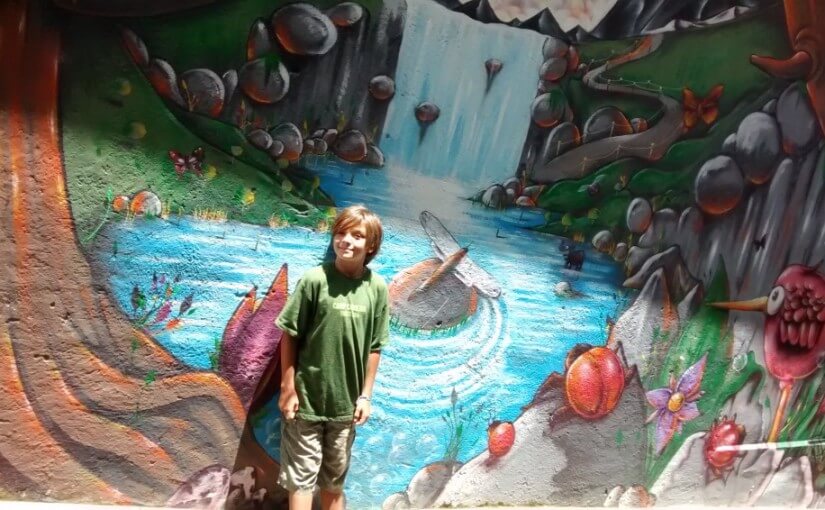 This is a cool mural on the wall here in San Marcos.

Another really cool thing about San Marcos is that I am surrounded by DOGS here☺ ITS GREAT!!!!!!

Especially since lately I’ve been researching Husky’s and German Shepherd’s because some day when I’m older I’m going to get one.

Last night when mum and I were walking home after dinner I had some left over bread in my pocket because earlier we saw a really starving dog so we found her and in 2 seconds of the bread being on the ground there were already 5 dogs around it.

The next morning when we were having breakfast this big fluffy husky came along and ate my left over jam and butter. 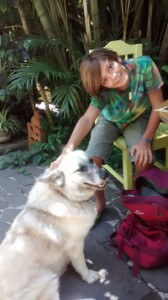 Then this black strong dog escorted us to the main drag which is a path way where we met this guy called Diego and he loves jade because he’s a stone caver.He was telling me about all the different types of jade there are here in Guatemala. 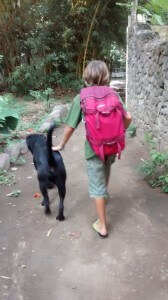 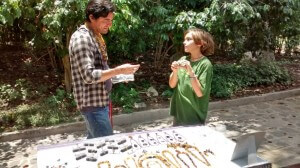 On the way home to Lush we found a nice little friend that liked to bite. He was so cute. 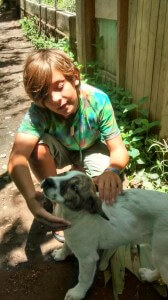 I have to go now because I’m off to find some more doggy friends. 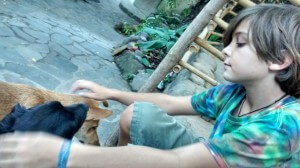