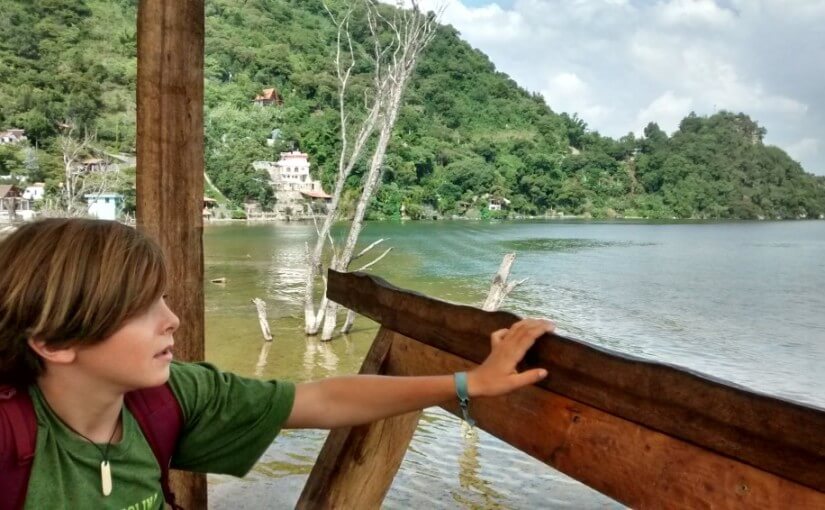 Its a bit sad here at the moment, the lake is covered in algae which looks really bad and its not good for swimming.

Yesterday we went to an after school activity in San Marcos and I met this really cool kid named Lucas and we played for ages after the art class.

In the program we did… 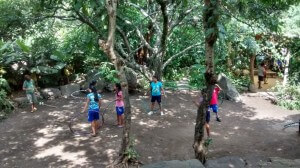 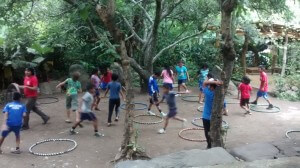 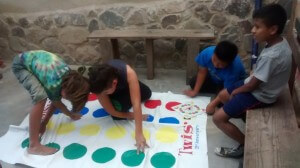 3.Then we did arts and crafts. We drew posters and played twister.

4. Singing with action songs in spanish. Lucas was my translator.

Lucas has an awesome place to live and he’s a great friend and he has 9 dogs And 4 cats at his house.

And he likes to play pool. I’m going over to his house today after he’s finished doing his home schooling. I can’t wait. But first we’re going on the boat to Panahachel to do some shopping. I hope I find the knife that I like.

Here’s another photo of yesterday too at Del Lago looking across to San Pedro volcano…. 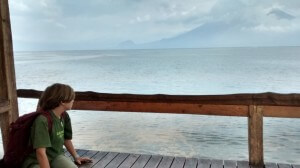