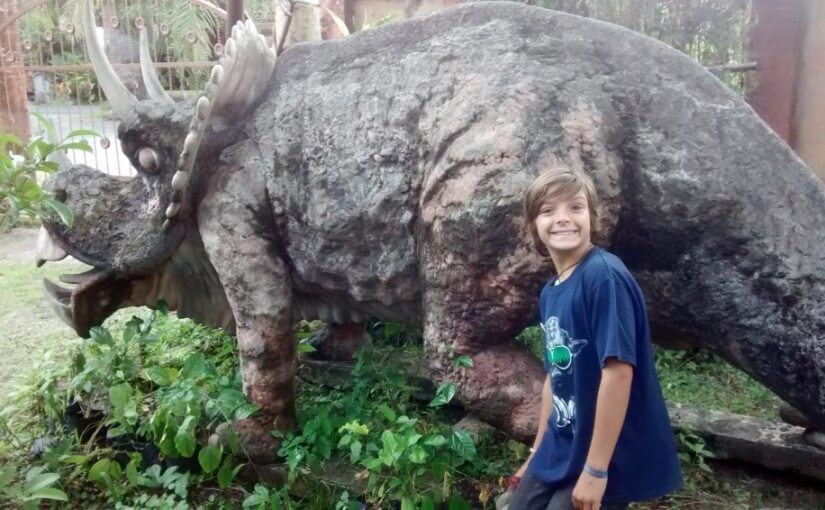 Yesterday we cruised around on the motorbike alot. We went up the back roads where there’s lots of corners. I like corners because we can lean into them.

We took our friends some special drinks to help them get better because they’re still sick. We didn’t stay around too long, but while we were there mum spotted this fruit. Do you know what it is? 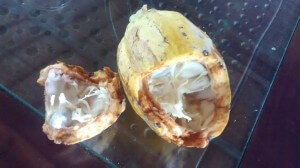 I didn’t know, but I wanted to try it, so mum asked me to get it down from the tree which was pretty tricky. It was actually really hard to hit it off the branch because…..

2. It was stuck on the branch and I was just like…

Then it fell on me and cracked open, and to my surprise the seeds inside were slimy and tasted yum. This is the fruit off the chocolate tree, its called cacao. The beans are normally dried to make chocolate and  theyre so GOOOOOOOOOOOOOOOOOOOOOD!!!!!!! We stayed around longer and ate that all up and then we went home and I got minecraft on my mums tablet.

On the way home we checked out this place where they do heaps of wood carvings. These are some of the things I liked. This crazy horse, and the triceratops standing guard outside. 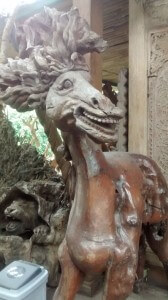 Oh yeah back to minecraft….I’m getting used to it again and its really really really!!!! fun. I think I’m going to build all kinds of new things. Mayan Temples, towers, huge castles and lava lakes.

Mum went down the road to drop off some things to her friend and I stayed at home playing MINECRAFT!!!!!!!!  But you can relax, because our home is in a compound with 3 other houses and there’s always people around. Actually all the people living here at Dolphin House are from Australia, and mums known them for years. One guy named Jarra Tree was even hanging out with mum and dad in Costa Rica just before I came along. He’s cool and so is Dan. I put them onto Dubsmash and they thinks its hilarious fun. I’ll try and put it on mums Facebook. I really want my own Facebook account but she STILL won’t let me. Its not fair!

Lukoia Coffey doing my blog. Now done it! Over and out