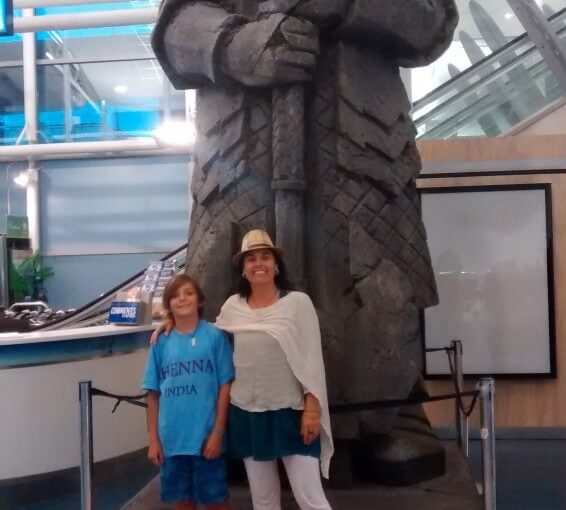 Yesterday we went over to mums friend CJ’s house and I met her son Eli, he was cool.  We were at Venice Beach playing then we went over to his friends place nextdoor and had a big nerf war with the neighbours kids. We played American football as well and we went boogie boarding with our mums in some biggish waves, it was fun.

Then we got picked up to go to the airport and after 1 more sleep and maybe 4 movies we’ll be home in NZ. Oh and we bumped into our friends from Motueka in the boarding lounge. Louie and his mum Boogie and his uncle Dexter were heading home too. I asked if Louie and I could go into the cockpit together because he really likes planes too. They said sure. Air New Zealand crew are soooo nice and they have the best food on planes and now they have seat chat. So you can send messages on your movie screen to other people sitting on the plane, it’s cool.

Thats when we arrived to Auckland airport.

Ok a couple of movies and a sleep later and now we’re back home in New Zealand.

On the way over I watched

We got picked up by our friends Soreya and Braydon and now we’re staying in their nice house in pleasantville. That’s what mum calls Hobsonville because its all new houses. We dropped Braydon off at his school which is pretty cool. The kids are the teachers and the teachers are the students there, and they dont have classrooms just big shared areas.

Anyway I’m seeing friends soon and we’ve got stuff to do so see you later.

Over and out and HOME again!